The alternative video for the rapper’s new single is a send-up to BET Uncut. YG already released the video for his raucous party anthem “Pop It, Shake It,” but in the spirit of BET’s notorious late night program Uncut, he’s released an alternative version that’s suitably NSFW. The Dre Films-directed video is immediately reminiscent of Nelly’s unapologetically explicit “Tip Drill” video, as YG, his crew, and many women in various states of undress are seen dancing and popping bottles at a Miami pool party. It’s certain to inspire some conversation to say the least. 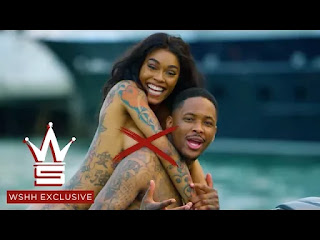 “Pop It, Shake It,” is set to appear on YG’s upcoming Just Re’d Up 3 project, which will find him reunited with longtime collaborator DJ Mustard.

Watch the original video for “Pop It, Shake It,” which was shot by Director X and filmed in the Port of Spain for Trinidad and Tobago’s annual Carnival.