Billboard Music Awards just revealed the nominees for the 2017 #BBMAs and pop superstar Wizkid bagged a whopping seven nominations. The nominations are for his collaboration with Drake and Kyla on the 2016 smash hit single “One Dance”. 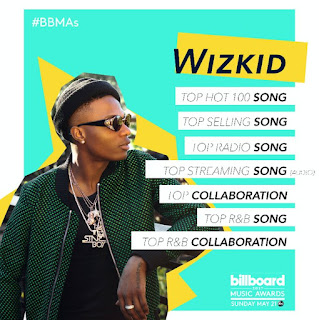