Hard drives are usually nearly silent but some do make a muted clicking sound when they’re being accessed or turned off – this is completely normal.
On the other hand, if you start hearing noises only occasionally or noises that you’ve never heard before – like clicking, grinding, vibrations, or squealing – your hard drive may be failing. Over at Datacent are some sample sounds of failing hard drives that might sound like what you’re hearing.
The steps below will help you determine if it’s really the hard drive that’s at fault and if it is, what to do next before all of your precious data is gone for good.

What To Do When Your Hard Drive is Making Noise

Time Required: This troubleshooting should take anywhere from 15 minutes to a few hours, depending on the cause of the hard drive noise.

Since there is no good way to repair a failing hard drive, protecting your data by performing regular backups is essential. With an up-to-date backup, recovering from a hard drive failure is as simple as installing a new drive and restoring your data.The best way to back up your data is with an online backup service because your files are kept in the “cloud” and less susceptible to being lost or destroyed.
However, a faster method is to use a free backup program – some of these programs can even clone the files from the failing hard drive and put them on a new, working hard drive.
Solid-state drives (SSDs) don’t have moving parts like a traditional hard drive, so you won’t hear one failing like you can with a spinning hard drive.
External hard drives make noises too, not just internal ones. These noises are typically heard when the drive is first connecting to the computer, and are often caused by a power or cable connection issue.You can try fixing noises from an external hard drive by plugging the power adapter directly into the wall instead of a power strip, using a shorter USB cable, using USB 2.0+ ports, or connecting the hard drive to a USB port on the back of the computer instead of the front.
A fragmented hard drive creates a higher demand for its hardware components to move than one that isn’t fragmented. You can use a free defragmenting program to help extend the life of your hard drive, but it probably won’t fix the problem in most noisy hard drives.
If your hard drive is making noise, it means it’s powered on. However, you might not be able to boot to the operating system to use your files normally.
Although it isn’t common, it is possible that a hard drive noise is due to a faulty device driver.

Other Noises a Computer Can Make

The hard drive isn’t the only component in a computer. You also have a power supply, fan, disc drive, and other things that might be making noise. It’s important to recognize where the noise is coming from so that you can understand what needs to be looked at.
For example, if your computer is working in overdrive for a specific task, like a memory-hogging video game, it’s normal to hear the fan running faster to keep the hardware cool. There might instead be something stuck in the blades of the fan that’s causing a strange noise.
When you open a certain program or window on your computer, you might hear a noise increasingly becoming louder – one that’s easy to mistake for a hard drive noise. This most likely means there’s a disc in the disc drive that’s spinning faster than it previously was so that the computer can read data from it, which is normal.
Popping or static noises from the speakers might also be mistaken for hard drive noises (the cable might not be firmly attached to the computer plug), as might some BIOS beep codes. 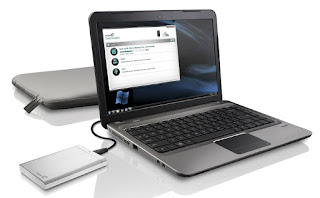 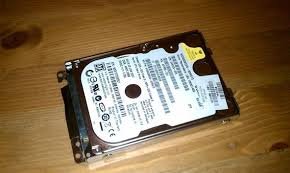