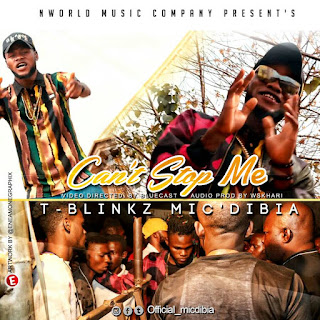 FEM ACHIVERS AWARD winning indigenous rapper in Nigeria 2017 known for his stage name T-blinkz mic’dibia came with a big supprise to start up his 2018 with a new song and a visual attach to it as well.
Song which was prod by sir Alexino and visual short by S.O.B in Abakpa-nike Enugu state (Ezebude street UGWUAGO where phynofino the legend of igbo rap watched him perform agidigba featuring SlowdogLive on stage during the street show put up by him.
Gaining more fans in the south east Nigeria, the raga igbo gboi has decided to let his enemies know they can’t stop him
DOWNLOAD: T-Blinkz – Mic Dibia
Watch, Download & Listen below:
RELATED POSTS