Omeri Sylvester Uche a.k.a Mixta Stone is a Nigerian recording artiste. He had his secondary education at Federal Science College,Ogoja in Cross River State. 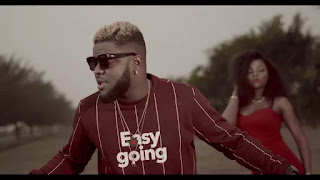 He proceeded to Federal University of Agriculture,Umudike, Abia State where he read Computer Science. He’s from Afikpo-North in Ebonyi State. A great traveller,he has travelled the length and breadth of Nigeria.

His first major effort in the Nigerian music industry was the release of “onyem kaka”which was produced by JStuntz and video shot by Tosin Igho.Here is his comeback song titled “Nwa Biko” and he has Skales on the song.Produced by Orbeatz,mixed and mastered by Suka Sound.

The video was directed and shot by Stanz Visuals.