CityTrend – Jeremih‘s single “I Think Of You” has been one of my favorite songs of 2017 thus far. While he previously released a “dance video” for the track, he now returns with an official set of visuals. 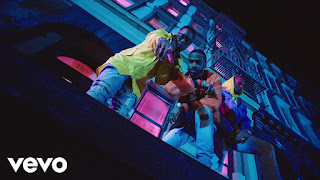 With Big Sean and Chris Brown riding shotgun, the three throw things back once again to days of four-finger rings and high-top fades (understandable, since the song takes inspiration from Claudja Barry’s 1976 single “Love for the Sake of Love” (which was used in songs such as Da Brat’s “What’chu Like” and Montell Jordan’s “Get It On Tonite…” and, more obscurely, Prodigy’s “Gun Love“). Even those “Peter Piper picked a pepper” guys make a humorous cameo in the video.