“Neighbors” quickly become a fan-favorite and stand-out track from J. Cole’s recent album 4 Your Eyez Only. Given it’s bouncy nature and quicker-pace, it’s unsurprising that people gravitated towards it. 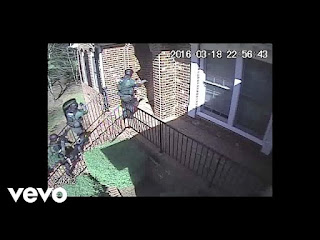 Today, alongside the release of the full HBO documentary for Cole’s album, the North Carolina native unleashes the official music video for “Neighbors.” The visual contains surveillance footage from March 18 2016, as a SWAT team approaches and intrudes upon a house, alternating between several camera angles. The song itself is cut short, as the video ends shortly after the 1 minute mark, with one of the SWAT team members blocking the camera. J. Cole is listed as one of the video’s directors, as well as Scott Lazer.