David Guetta’s new single, the typically syrup-y electronic-pop type of ballad, “Light My Body Up” receives its visual treatment today. When the song originally dropped in March, it sparked rumors that Nicki was going at Remy Ma with her opening verse. Whatever the case, that beef (and hype) has died down for a bit. 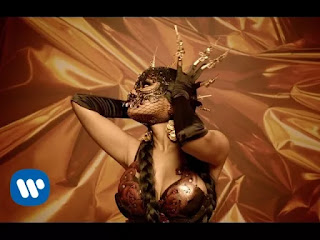 As we saw with the teaser, this music video is over-the-top commercial, with Nicki donning several different gold, Graeco-Roman-inspired outfits, dominating the majority of the music video before Weezy F makes his appearance for his verse to close out the record.