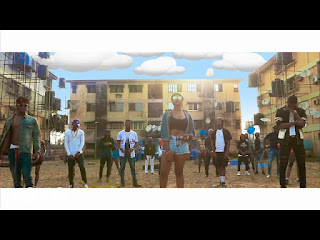 The artistes and all parties involved have undisputedly earned themselves the title “BAD” as you would observe after listening to the skilled and professional execution of the record. The video was shot by Chidube for IAC studios.