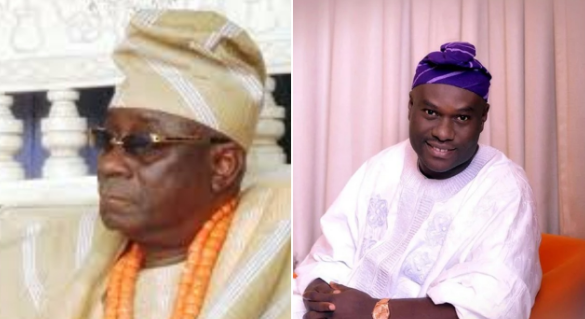 CHECKOUT THESE HOT SECTIONS
Related :   Wale Breaks Down The Lyrics For “Scarface Rozay Gotti”
The Ooni of Ife, Oba Adeyeye Enitan Ogunwusi, Ojaja II, has reacted to the statement credited to his palace on the public insult incidence which happened earlier during the week.
The statement credited to the Oba’s Palace had threatened the Oba Of Lagos requesting for an apology.
He made this know in a statement , which described the Palace’s warning as untrue, the Ooni said in the statement issued by his director of media and public affairs, Comrade Moses Olafare;

“the palace of Ooni is using this medium to dissociate Ooni of Ife from the statement credited to Mr Tunde Awoyemi and we have said it repeatedly that we have no official reaction to the issue of Oba Akiolu”.
“Kabiyesi Ogunwusi is committed to his peace and unity agenda, which he has embarked on since he ascended the throne of his forefathers. We refrain from reacting officially, with a view to avoiding fanning any ember of discord as Oba Akiolu remains​ respected monarch and the Ooni had established a very robust and healthy relationship with him before his installation as Ooni of Ife”.
“While Ooni would continue to sustain the relationship with Oba Akiolu, we want to state categorically that the remark credited to Tunde Awoyemi was not authorised by Ooni and should be disregarded by all Nigerians both at home and in diaspora”.