Following the massive success of “Social Media” and his viral cover of Ed Sheeran’s “Shape of You”; Terry Apala has announced the release of a new single featuring Nigerian music legend Musiliu Ishola Haruna. 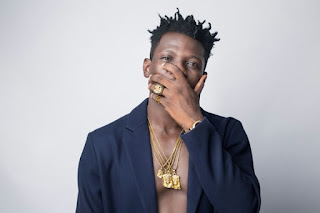 The “Champagne Showers” performer took to his Instagram to make the big announcement, posting a video of himself and the apala icon confirming the massive collaboration, most likely recorded on the set of the music video of the track.

The duo also delivered a mouth-watering freestyle and got us super excited.