The new extended play nods back to the vibe SDC created four years ago with ‘Feel Alright’. Following the completion and success of their Clone Wars mixtape series, Nigerian rap duo Show Dem Camp are set to release their next project – a seven-track EP titled Palm Wine Music (Vol. 1). 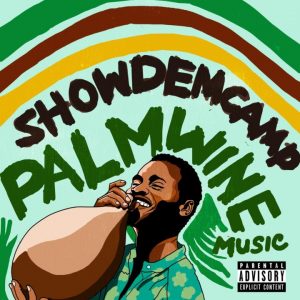 “We first discovered the palm wine vibes with Feel Alright,” the longtime pair said in a statement.

“That set the precedent, and opened us up to a new sound.”

Comprising of rappers Tec and Ghost, Show Dem Camp is often credited for starting the laid back style of party music with their 2013 hit.

“Palm Wine music” has since taken on a life of its own – with the name of the tropical drink being used to describe the sweet fusion of African percussions with live instrumentals, elements of hip hop, and an atmosphere surrounding those feel-good songs.

Show Dem Camp’s new compilation serves as both the reintroduction to one of Nigeria’s premiere music acts, and as a worthy immersion into the industry’s current inspired sound. Produced entirely by Spax, the EP features several leading acts in the alternative and palm wine music spaces – including Funbi, Poe, Boj, Ajebutter, Odunsi the Engine, and Tomi Thomas.

Palm Wine Music (Vol. 1), the duo’s first commercial release in over two years, is out on all platforms today June 19th. Longtime supporters of the rap group can sip on this, already knowing to expect.