As we kissed, he turned me around so he was laying on top of me, My legs spread expectantly again,in one quick move, he was inside me. Hakeem was one F**.Ck buddy I could never get enough of. 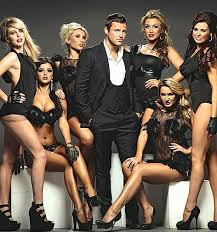 He was a rockstar in bed and knows his way around a woman’s body. Above all, he had the thickest, longest C@.ck I had ever had the pleasure of F**.Cking.

That Saturday afternoon, I was really anticipating his visit. I had invited him over the evening before and was immensely glad when he said he could make the time to see me. I made sure my Pu.$$y was well trimmed and I also spent some time shaving my legs. My bedroom was well cleaned and I chose the clingiest, tightest dress to wear before opening the door to usher him in.

I guess I should not have bothered with the dress because as soon as we entered my bedroom, we were kissing and he was taking it off. His expert hands roamed my N@kkd body, starting from my bre@.$ts down to my ass and thighs. He led me to the bed where he asked me to lay down. I obeyed. Another thing I loved about Hakeem, he was always there to please.

I was watching him as he slowly undressed. He took everything off but his boxer shorts. I could clearly see his massive C@.ck poking against the fabric, wanting to be let out. As if in reflex, my legs spread apart and my hand came to rest on my Pu.$$y, gently stroking. Finally, he came to join me in bed.

He took my hand off my cunt and replaced it with his. Using one hand, he opened my Pu.$$y and used a finger of the other hand to find my clitoris. I moaned as soon as his fingertip made contact and automatically thrust my hips upwards, wanting more. He took his time, though, flicking and stroking my clit until my thighs began to quiver.

“Yes… oh Lord… Yess… Don’t stop…” I moaned, through quick breaths. I should not have worried. Hakeem had no intention of stopping. In fact, he bent his head and replaced that finger with his tongue. He gave my clitoris a quick flick, causing me to shudder.

He withdrew his head, used two fingers to gather some of my juices from my Pu.$$y, then stuck those finger straight up my cunt. I gave another loud groan as he made sure his fingers were very much coated with my juice. Afterwards, he leant up and brought those fingers to my mouth.

I grabbed his wrist, keeping his hand in place as I lapped up my sweet juice from his fingers, savouring the taste of myself. His eyes were on mine as I sucked on his fingers and his lips parted with desire. He took out his hand and bent to kiss me. I immediately gripped his shoulder, kissing him back and pushing my hips towards him.

He stopped the kiss and returned to work on my cunt. He spread my legs wide apart and holding them with his hands, he bent his head to my Pu.$$y. In one move, he slid his tongue up my hole and began to F**.Ck, making sure he pushed upwards to tease my g-spot. I was crying out and thrashing my head from side to side, feeling my whole body buzz with arousal.

As I recovered from my org@.$m, I saw him lean up and began to grind that hard C@.ck against me. I could feel the d.!ck throbbing excitedly through the fabric of his shorts. I reached down and grabbed his C@.ck and he moved against me, attempting to move in my hand. I wanted to enjoy his thick C@.ck so bad.

He did as I suggested and I was on top of him in an instant. I immediately stuck my finger in the waistband of his shorts and pulled them way down until his feet where he managed to kick them off. My eyes widened at the sight of that mighty C@.ck looking at me expectantly.

I groaned with desire. I always seem to forget how menacing that d.!ck was. I wrapped my hand around it again. The C@.ck was so big, my hand could barely go around him. I bent my head and covered his tip with my mouth. He grabbed my head, pushing me roughly further down. I made it halfway through the length of his C@.ck and grabbing the remaining inches in my hand, I began to suck.

I licked and slurped on his C@.ck until it was glistening wet and used my hand to distribute the liquid around. He was groaning, pushing into my mouth, wanting me to take it all but I knew it was impossible. His grip on my head became tighter and he held me in place as he shoved that C@.ck straight up and into my throat. I was gagging, trying to escape his grasp but he maintained his grip, F**.Cking my mouth in fast, sharp thrusts. He let go and I pushed away from him.

“Hey, not so rough,” I said, trying to catch my breath.

“Sorry babe,” he said then leant up to take my mouth in his again.

As we kissed, he turned me around so he was laying on top of me. My legs spread expectantly again and in one quick move, he was inside me. It was a feeling I could not describe. There was a thrill feel as his thickness hit the most sensitive parts of my cunt. Then there was some pain as the tip of his d.!ck was hitting my cervix.

There was also the incredible feeling like he was about to rip my body in two and his C@.ck was so deep inside it felt like it would come out of my mouth. It was exhilarating. It made me feel so wanton and I was overwhelmed with primal desire.

I lifted my legs, spreading them further apart so I could swallow all his glorious inches. He pushed into me, making sure I had him all. He withdrew, almost to the tip then pushed back in again, stretching my walls, filling me to the brim. I was crying out like a woman insane, bucking my hips against him as he F**.Cked me.

His groan was deep as he kept thrusting in and out of me. My toes curled and my back arched as he brought me to another intense climax.

Afterwards, I wrapped my hands around him as he kept on F**.Cking. His gentle move had now become more rushed, more urgent, more desperate and I loved every minute of it. He was tearing into me violently, I was getting no mercy and it was exactly what I needed. I had my cunt throbbing dangerously around him while his d.!ck gave an occasional jerk as he went.

Suddenly, I felt his thick C@.ck swelling even more inside me. I did not need to clamp my Pu.$$y tighter around him because I was already fitted so snugly that it was impossible. He began to moan even louder, his breaths faster. His C@.ck was about to explode in me and I held on to his shoulders for dear life.

Finally, he grabbed my ass, pushed up my hips and thrust so deep into me that my scream was sharp and piercing. He stilled and I felt all his juice I had so yearned for, leaving the head of his C@.ck and into my waiting Pu.$$y. I held on to him until he recovered then leant up to give him a kiss.

“You are so F**.Cking fantastic, Hakeem,” I whispered in his ear as he returned to earth.

“So are you, baby.” He responded, still trying to catch his breath.