The next morning, Uche went straight to Beatrice’s office, so he could relate the whole message to her and that his heart was with another. He didn’t know exactly how to relate this message, but one thing he was sure of was that, he knew exactly whom his heart really belongs to.

As he stepped into Beatrice’s office reception, he called Loveth to send him Mary’s office address. His plan was to go straight to Mary’s place of work immediately he was done with Beatrice. He wanted to tell Mary how much he still loves her irrespective of the current circumstance.
The receptionist had kept Uche waiting for some time. Beatrice seem to be having a meeting with her secretary in her office. Beatrice had just being confirmed pregnant. The one-time sex she had with Uche after the supervision at Uche’s house that night, had created a baby in her belly.

Although she loves Uche so well, and their wedding was just in a few months, she however was not ready to have a baby soon. She intended to get to a particular stage in her career, before she could start having children which she felt would bea distraction for her now. This was the main reason she
wasn’t really interested in getting married on time at initially.

But now, she was in deeply in love, but still do not want babies yet. All these while, Mrs. Young and Mrs. Taiwo were still planning the wedding of the future duo. They had no idea the other plans
the children were cooking up for them too. Confused about everything, he had spoken to his secretary about it, as the young lady had been a source of support to her.

“Personally ma, as much as your career is very important to you, I also think having a family is crucial too. You could have your children on time and still have the rest of your life to focus
on your career. So I think you should keep the baby ma and carry on with the wedding” This was the final counsel of the young secretary to her boss’ daughter Beatrice.

Afterwards, Beatrice came out to meet Uche leaving the secretary inside to file up some documents. Uche’s face seems to have been so strange, like he had something in mind to say. Beatrice also had something to say. “Alright then, ladies first” Uche said, frowning his face like a pregnant goat.
“I’m pregnant. Three weeks old.” Beatrice said bluntly but gently. She was expecting to see the reaction in Uche’s face.

Uche got so confused, his countenance turning from that of a pregnant goat to a mad man staring at a naked lady. The confusion increased as he started walking to and fro the reception like he was preparing to defeat Usain Bolt in the next Olympics. He couldn’t even make a statement. Joining his confusion, Beatrice said “Why are you feeling unease?”

“Or better still let’s talk about it in my office, my secretary will be done there soon” She added. Uche didn’t know what he was doing anymore. He started to scratch his head like he had the whole Nigeria problem in his mind.

He finally decided to run away and go to Mary’s place of work, leaving Beatrice there. Getting his phone to check for the address Loveth had sent, he became puzzled to find out, that the address matched the very building which he was. Apparently, Mary works there too. As he looked back like Lots wife, he saw Mary walking out from Beatrice’s office. Beatrice forced a smile out of her face as she said “Yes, we can go inside now to talk. Meanwhile, meet my secretary that I have always told you about, Maryann “

Uche stared at Mary and Mary stared back at him. The terrain soon became saturated with feelings of confusion. The look on everyone’s face was worse than that of Nigerians when Buhari
wins the 2019 election. Sorry jare, if he wins. He won’t sha . Uche sighed like a pot belly man and said “Mary or Maryann, who are you exactly?”

Watch out for Episode 30 (The End) – Your Infotament Hub… 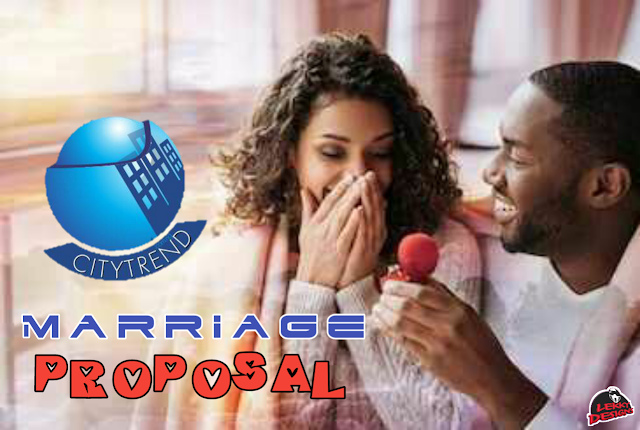