We graduated on the 18th September and it was celebration galore. I went back to Abuja to my parents to await my NYSC posting while Sally decided to stay back in Kano because she was offered a teaching job in one of the best private schools in Kano. It was the custom of the school to seek for the best graduating students in the University to offer a job with tempting pay.

Sally though wasn’t the best student in our department but she was one of the best, she was preferred because she is from the north and could speak Hausa very well. She worked with the school for seven months when our posting came. The school owner has solid influence in the University and could influence Sally’s posting. Sally was posted to Kano after the school proprietor had pressed his buttons. You can’t imagine how much a private school was paying Sally, a semi graduate. We later learnt the school proprietor could spend fortune on his English and Mathematics teachers. When I came to collect my result, I spent three days with Sally in her one room self-contained apartment. Her lifestyle was now more terrible than when we were in school.

I was posted to Lokoja for my Youth service. By that time, Daniel was already engaged with a girl he impregnated. I was disappointed but he explained everything to me and apologized for betraying me. His mother wanted him to marry the girl instead of waiting for me to complete my education. Unfortunately, we had two strikes that extended our stay in school beyond four years. He tried to resist the girl but his mother connived with the girl and played smart on him. I was sorry for him because I know he’s not the tough type. That was the end of my journey with Daniel. It was a bit painful because I had turned down all proposals from all the guys I met in school because of Daniel. I moved on with my life as I reported to Lokoja for my Youth service program.

At Lokoja, I met an Ebira guy, Omeiza by name. He was just the perfect guy I could have something serious with. He works with Kogi State ministry of finance, a Christian per excellence. He lived in a well furnished two bedroom apartment and he was relatively comfortable. His salary was not much but he was from a royal family and his father willed some of his properties in and outside Lokoja to him before he died. He had just two brothers, one lived in the US while the other is an officer in the Nigerian Army. I met Omeiza through a friend in our church. I called her my friend because we were both in the church choir together.

Omeiza did not let me feel the vacuum created by Daniel. He was all over me all through my service year in Lokoja. ‘Maryam, you will be completing your service in a month’s time, I will like you to take me to your parents next week. I have also concluded arrangements to take you to my people this weekend,’ he said. I was perplexed, I had never introduced anyone to my parents as my man, how will I do this? What will I tell Mrs Ladidi, the iron lady? I began to rehearse how I will tell my mom that I now had a fiance.

I called Sally to advice me on how to present it to my parents that I was bringing my boyfriend to the house when she broke the news to me. ‘Maryam my wedding will be coming up in July and you’re gonna be my chief bride maid.’ July 4th was our proposed date with Omeiza but I didn’t bother to tell her on phone. I was happy for my friend that she will be settling down at last. We talked at length about the guy, the wedding and lots more. Immediately she dropped the call I remembered all the abortions Sally had done, would she be able to get pregnant again especially with the last experience? I really feared for her. I told Omeiza about Sally and her wedding plans, so we shifted ours to a further date in September in order to provide the needed support for my friend’s wedding.

After the lecture from Sally on how to present my boyfriend to my parents, I called my mom and repeated almost word to word everything Sally told me to my mom with a shaky voice. Sincerely I was shocked at my mom’s response, I was expecting a shout like usual but this time it was different. The salutation was different, her voice was cooler, her words of praises gave me confidence that I was doing the right thing. This was the first time I had the guts to talk to my mom about a man. I was expecting her to say “make sure he doesn’t touch you” or “you must not allow him see your pant” as usual but I was disappointed. She was happy and promised to tell my dad about our proposed visit.

We first traveled to Okene to see his family. Their house was big, what do you expect from a royal family? Everyone accepted me, his aged mother made me sit on her laps like a baby, wow I felt like a princess for the two days we stayed in Okene. It was like we already married, his people were lovely and hospitable. We all went to church on Sunday in the family Sienna car, his mother, two cousin sisters and myself sitting in front of the car with Omeiza like the queen of Ohinohi, hahaha. We left Okene very early in the morning on Monday to report directly to our places of work. Okene to Lokoja was less than an hour drive. When we arrived Lokoja I was thinking of how we will pass the night in my house, our house in Abuja isn’t as big as Omeiza’s house in Okene where I had a whole big room to myself. The thought of how to pass the night in Abuja with Omeiza became my major problem.

We left for Abuja on Friday afternoon. On arrival my mom was all over him, ‘my son that, my son this.’ She barely had time for me. He was led to the dinning table and my mom served my boyfriend a sumptuous meal, this is unbelievable. Mrs Ladidi had changed. I couldn’t comprehend her sudden change for quite a while. Immediately after the dinner, I began to think about where to sleep. My mom had everything planned out without me knowing. She had asked my sisters to moved their things temporarily to her room, the same room she shared with my dad. Maryam, let my son go and rest as she pointed to the other room, of course there are only two rooms. The second room was our room but the arrangement was amazing this time. The two of us were to use the room while my two sisters use the sitting room. How can my mom trust me and a man inside a room all the night after all her teachings? I was not comfortable with the arrangement so I led Omeiza to the room and joined my sisters at the sitting room. She came out at about 10:30pm and saw me at the sitting room with my sisters and almost got angry, you left only him in the room? She asked angrily. I couldn’t say a word but quickly joined him in the room.

To be continued…… Watch Out for Episode 4 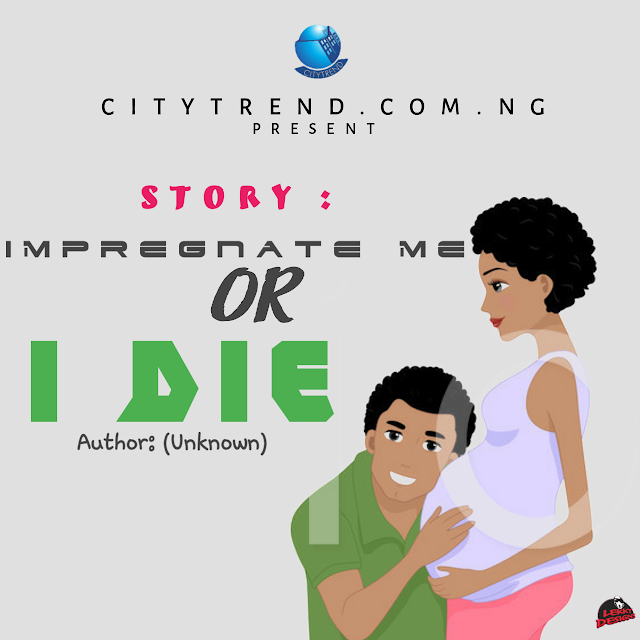