She was very distracting. As her estate agent, I had been showing her houses for a couple of months now. Not only is she really frustrating, she also distracted me. She would find something she liked, only to change her mind a day later. 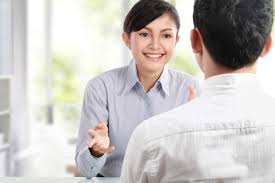 My eyes were on the commission I was to receive after helping her rent an apartment in Lagos Island. It was not the best deal since I preferred clients who wanted to buy as opposed to rent.

I was always rewarded with a fat commission whenever that happened. But I was also never one to turn down a job, and this was why I kept taking Tonia out, week after week.

Okay, maybe there was another reason. Tonia was very, very sexy. I could not help take my eyes off the sway of her hips and the curve of her bust whenever we went out. We would look at apartments after apartments, and a lot of the times, we were usually alone together, looking at empty flats.

While I prided myself in my professionalism, I could not help but fantasise about taking her in my arms one day and fucking her so good, she was writhing in pleasure from my dick.

I tried not to let my urges show, but Tonia was not helping matters. She had recently taken to touching me randomly. She would touch my arms when trying to explain something and sometimes hold my hand as we walked. I was not sure what to make of this. Maybe she was just being friendly?

However,I did not want to risk hitting on her only to have her feel offended, causing me to lose my commission which would mean I wasted all my time.

That Monday evening, we were looking into the BQ attached to a duplex when I started to feel the familiar discomfort and arousal. Toni was dressed in a tight blue pencil skirt and a lighter blue silk shirt. She was just returning from work, so she still looked corporate.

She was touching my arms again and again as we moved from room to room. When we got to the last room, she was oddly quiet as she stood in the doorway, looking into the room which contained one lone bed.

“So what do you think of this one?” I asked her.

“It’s not bad. But mostly, I am thinking about how much longer I have to tease you before you make your move.”

I gasped in shock. “R…really?”

She shook her head with pity and moved close to me. She wrapped her hands around my waist, tilted her head up and we began to kiss. I broke the kiss off and stared into her eyes as I reached down to unbutton her blouse. She only smirked as the cloth fell away.

I grabbed her b00bs and squeezed, making her tense up and moan softly, her eyes closed. I leaned in and kissed up and down her neck, making her moan even louder and arch her back.

She hissed, “Oh my god, you’re driving me crazy!”

I kissed her mouth and she leant in to kiss me back. I fumbled blindly for her skirt. I slid the skirt down to her knees and she kicked it off and tossed it.

We did same with her panties. I finally had her naked, something I had fantasised about for weeks. Carefully, almost sadistically, I ran a finger down her stomach and slightly grazed her clit and vag*na with it.

She moaned as she began to desperately tug at my shirt. I helped her pull my clothes off until we were both naked. We stumbled towards the bed in each other’s arms.

I continued with my finger over her p*ssy. She squirmed and moaned, her knees buckling. I started rubbing the outer lips of her vagina with my finger, slowly running it up and down, teasing her, all the while looking her dead in the eye.

“Oh right there. Keep going! Faster!” she cried out.

I did as she asked, but my throbbing c0ck was going crazy. I laid down so she can sit on top of me. As she straddled me, it seemed she was hot and ready too because she immediately grabbed my d*ck and slid it into her warm wetness.

She exhaled slightly and smiled at me as she started grinding her hips on me. It was all I could do to hold her waist and restrain myself.

I gritted my teeth and tensed my leg muscles as she picked up speed, riding me now instead of grinding. Going into the warmth and tightness of her vagina was indescribable.

I grunted, pulling her closer so she was almost lying atop me. She moaned loudly and the back of my head and shoving it into her chest. I took a b00b in my mouth and sucked like my life depended on it, squeezing and kneading the other with my hand.

I stopped briefly and looked up at her. Her eyes were squeezed shut and her mouth was open in a silent scream. She threw her head back as she gave a silent little cry and climaxed on me.

That sent me over the edge too. I gr0aned and gave one last violent thrust inside her, and my c0ck exploded in her. Wave after wave of cuum erupted from it, still buried inside her. She lay next to me, both of us panting like d0gs and trying to return to our senses.