Bukky Folorunsho had to move in with her aunt due to the challenges her parents were facing. She had no formal education and the search for her daily bread was nightmarish. 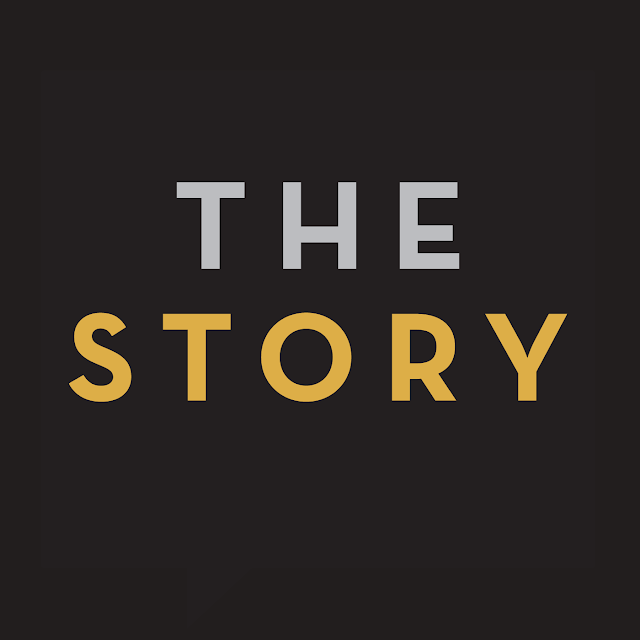 Gbemiga Phillips was the first child and only son of his parents. His family believed that he was destined to bring them out of poverty. Like ripples, the different seasons they encountered in their lives spun several unstoppable events that led to a cascading end.

Bukky and her mother’s younger sister, Kike, got down from the bus. It was about seven in the morning. She was surprised to find the market place crowded with people. She followed her aunt and tried to keep up with her.

“This is where I make ends meet every day,” Kike addressed her niece. Bukky glanced at her. The woman was a little bit taller than her. One inch taller to be exact.

“I carry loads for as little as fifty naira, I fetch water for as low as ten naira per gallon, sometimes twenty naira per gallon during scarcity. I assist buyers to get around the market for a token and I also help the sellers to get customers. In a day, I make as much as three thousand naira and as low as five hundred naira.”

She nodded her head, taking in all the information.

“This is how I pay the bills, feed and clothe.”

“You have to fend for yourself. I can provide you shelter, but, that is as far as I can go,” the note of finality in her voice wasn’t lost to her.

“Good. I have to go. We will meet at home around seven in the evening.”

“Beware of pick pockets and all those jobless touts,” she waved a warning finger.

“Yes aunty,” she watched her leave.

Eighteen year old Bukky looked around her. A slight tremor ran through her spine. She didn’t even know where to start from. Her tummy tightened in vengeance. She wished she was still living with her parents. Things had gone from bad to worse for them that year. She and her siblings had been shared among relatives in order to ease the stress on her parents. Her father had lost his job and her mother didn’t make much from the sales of vegetable in the market. It had become difficult to feed and pay the bills. She hoped they would get back on their feet soon enough. She said a quick prayer and merged into the crowd, looking for how to make money for her next meal.

Gbemiga Phillips towered over his parents and siblings. He was the tallest, about five feet eight inches and the darkest. It was a very happy day for them all. Their beaming dark faces looked up at him. He had just received a letter from the Ministry of education. He had been given a scholarship to study Economics and Statistics in the Lagos State University. He had passed his GCE and JAMB examinations with flying colours. It had been a relief that his parents wouldn’t have to suffer to sustain him in the higher institution. They had gone through thick and thin to get him educated.

He was the only one who had completed the Secondary School education in his family. They couldn’t afford to add his younger sisters to the list. His father was a Security guard at the home of a rich man in Surulere. His mother and sisters worked as cleaners in Onward Paper factory. It would be difficult, but as far as the government paid for his school and accommodation fees, he had only feeding and books to worry about.

“I am so proud of you,” Baba patted him on the shoulder.

“Thank you sir,” he bowed in respect and grinned. He was happy that they were all happy for him.

“By the time you graduate and complete your service year, you will get a good job, and move us out of this hell hole,” Remi eyed their surroundings,

“My enemies will be put to shame.”

Baba and Gbemiga exchanged glances and began to laugh. He caught the glimpse of a dark slim average in height young lady walking past them. She mumbled a greeting and walked straight into one of the twenty rooms in the bungalow. He knew everyone that lived in the compound. He could swear on his grandfather’s grave that she was new. He had seen her with Aunty Kike that weekend. Were they related? Was she on a visit?

“You must stay clear off all those bad boys,” his mother pointed a warning finger at him. He glanced back at her.

“Yes,” his father nodded in agreement, “There are dangerous cults in that school.”

“Brother Gbemiga is not in their level at all,” Lola, his immediate younger sister smiled at him.

“Yes o. He doesn’t have time for such nonsense,” Kemi, the last child, chimed in.

Their parents began to laugh.

Kike and Bukky sat on the mat and ate from a bowl of amala with ewedu soap.

“I am surprised that you made one thousand naira today.”
She looked up at her aunt and swallowed the food in my mouth.

“I can still remember my first day out there, I didn’t make a kobo. I returned home and slept on an empty stomach,” Kike lamented.

Bukky dipped a lumped of the plantain flour into the peppery soup. She didn’t make a dime that day until about six in the evening. She helped a woman to carry her purchase to the car and she gave her a handsome tip.

If not for that, she would have returned home without a penny. She had never worked in her life. Her parents had done their best to take care of her and her siblings. If only wishes were horses. She wished God would give back her father his former job so that things would return to normal.

“Once you are full, go and fetch water and fill up our drum. That crazy tap might decide to go on strike tomorrow morning. You know we need to leave the house very early.”

Gbemiga placed a bucket under the running tap. He was in a black tee shirt and a pair of brown three quarters khaki trouser. He opened the tap and waited for the bucket to fill up. His heart missed a beat when he saw her coming towards him, carrying about four plastic buckets. He looked around him and searched his blank mind for what to say to her.

Bukky dropped the buckets on the concrete and looked up at him, “Good evening.”

“Evening,” he mumbled without looking at her.

He glanced at her.
“I heard your dad… I hope to be in your shoes one day,” she smiled and looked away.

“Thanks…” the whole neighbourhood must have heard that he was given a scholarship. He lifted the overflowing bucket away from the tap.
She placed one of her buckets under the tap and waited for it to fill up.

She looked up at him, caught unawares. He was about three inches taller than her.

“My names are Oluwagbemiga Philips,” he stretched out his right hand.
She looked at his hand, and then back at his dark face, “Oluwabukola Folorunsho,” she shook his hand.

Their gazes locked. The air became still. The background noise faded away. She felt pulled into the dark calm pool of his eyes. He took a step closer, drawn to her like nails to magnet. He brushed his left hand over the side of her dark smooth oval face. She sucked in breath. The light touch had ignited sparks within her. She stepped back and he dropped his hands.

He carried his bucket of water by the handle and walked away. She exhaled and turned around. He was gone.

Watch out for Episode 2