It’s no longer news that Chioma has thrashed out all photos of Davido from her Instagram page which boasts of over 2 million followers.

In recent weeks, they have been words on the street that Davido and Chioma have parted ways and they are no longer together.

Dbido has off recent been seen with another lady, although no words about the state of their relationship has been said by any of them but their actions on social media suggests something is wrong.

Just yesterday, Chioma took to her Instagtam handle to delete all the pictures of Davido she had on her page but 7 pictures related to Davido still remains and in this post you’d see them.

Two of the seven photos are for Davido’s recent album, ‘A Better Time,’ which had their son, Ifeanyi on the cover art.

While the remaining five photos which had Davido in it are photos of both of them caption at an event sometime last year.

In these photos the displayed their usual public display of affection.

See the photos below: 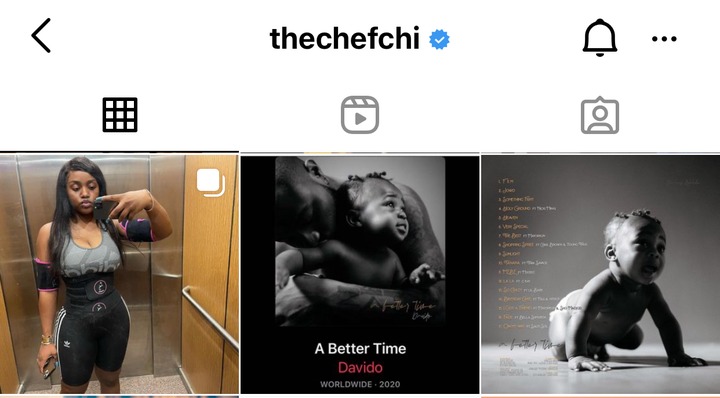