Nigerians still rocking their Apple iPhone 5 or iPhone 5c or iPad 4, which feature 32 bit processors, have a new thing to worry about apart from the worsening economy of the country.
This is because their devices is about to become completely obsolete in Apple’s ecosystem. These devices won’t be able to support the new operating system iOS11, which set to be rolled out later this year, because of their 32-bit processors.
The software update will run only on devices with a 64-bit processor, meaning it won’t be compatible with the guts of the devices. As a result, the devices won’t be able to download the latest apps or security upgrades to protect against hackers and vulnerabilities.
The handwriting had been on the wall for a while. iPhone and iPad users opening 32-bit software in iOS 10.3 met with a message saying the app will not work with future versions of iOS. And back in 2015, Apple told developers that all new apps had to be written in 64-bit code.
The first iPhone 5 went on sale nearly five years ago and was the last Apple smartphone to be overseen by Steve Jobs. 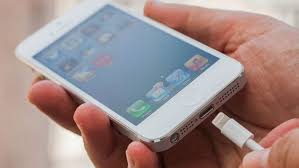