The Police Command in Lagos State has arrested a 48-year-old man suspected to be the operator of a fake West Africa Examination Council (WAEC) examination centre in Igbogbo, Ikorodu.

The Commissioner of Police in the state, CP Edgal Imohimi, said the suspects were arrested on April 25, following a complaint by a senior member of staff of WAEC office, Ogba. “The complaint was that there exist a fake WAEC centre at El-Supreme Private School located at No. 3, Oseni Adekogbe Street, Igbogbo Ikorodu.

Operatives of the Command attached to Area ‘G’ Ogba, were mobilised to the above address where one Pastor Adeniyi Joshua of El-Supreme Church was arrested. WAEC question papers and answer sheets suspected to be forged were recovered from the suspect.” Imohimi said.

After enrolling unsuspecting students for the exam, he would make them sit for fake examination where photocopies of fake WAEC questions papers and answer sheets are served. Police say he would then dispose of the scripts after the fake exam. 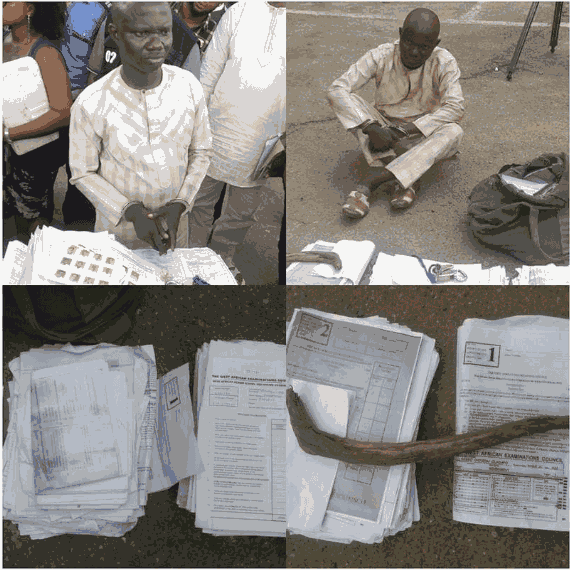