The Governing Council of Obafemi Awolowo University, Ile-Ife, has dismissed Prof. Richard Akindele who was allegedly involved in a scandal few months back with a female students of the university.

His dissmissal was contained in a statament issued by the Vice Chancellor of OAU, Prof. Eyitope Ogunbodede. It would be recalled that the lecturer was sometime in April suspended pending the outcome of the investigation by the investigative panel Ogunbodede said that the University Senate at its meeting on June 14 considered the committee’s findings that Akindele had inappropriate relationship with his student.

He said this was established through their conversation in the audio recording, his reply to the query, the oral evidence and the printed ‘WhatsApp conversations’ tendered before the committee.

The Vice Chancellor said Akindele had acted in a manner that compromised his position as a teacher and examiner, in that his conversations with Monica Osagie were about examination scores and inducement of favour for the alteration of examination scores. 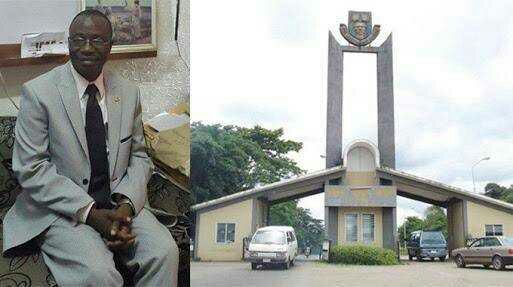