Report has it that about three graduates of ESUT have been rejected from their place of primary assignment for their incompetence. It was reported that one of the corps member identified as Jane could not write the Roman figures from one to 10 in words, it was also noted that  she could not write three states and their capitals.

She could not provide the names of two major rivers in Nigeria, just as she failed to name three countries that share border with Nigeria. In shock the management confirmed that one of the corps member was unable to fill the registration form correctly.

He also had the inability to read and write, talk more of teaching the nursery pupil that were assigned in his care. The corps members have been unable to defend their certificates, hence further investigation has been put in place to ascertain how they obtained their degree from the institution, in the mean time, one of the corps member was sent to a bakery to continue his service. 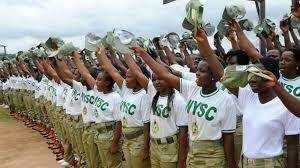