The Nigerian Army University Biu in Borno will take off next September, the Chief of Army Staff (COAS), Tukur Buratai, has said.
Buratai made the disclosure shortly after receiving the Certificate of Occupancy and the surveyed site master plan for the university site from Gov. Kashim Shettima in Maiduguri on Monday.
He said the Army had already reached out to the National Universities Commission (NUC) to secure approval for the university.
Mr. Buratai said Army engineers had also commenced construction work at the site and thanked the Borno Government for the allocation of the land.
He said funding for the university project was captured in the 2017 budget and commended the Federal Government for its commitment to the take-off of the institution.
The Army chief said the university was being designed as a unique and specialised institution that would serve as solutions center especially to specific challenges facing the Army and North East.
Responding, Mr. Shettima assured that the state government would provide necessary support towards take off of the institution.
The governor expressed confidence that when fully operational, the university would be a reference point for other universities in Africa.
He noted that the institution would create employment and add to the revenue base of the state.
(NAN) 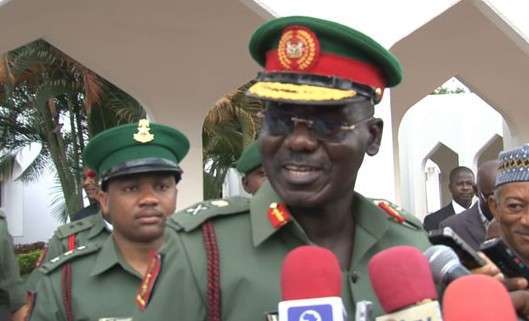