The Inspector-General of Police, Ibrahim Idris, on Friday gave reasons why Nigeria needed to recruit 30,000 police personnel in a bid to meet UN recommendation. 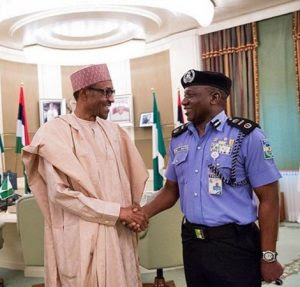 The police boss who spoke as he turned one year in office, said that when compared to other countries with over one million police personnel, Nigeria was under-policed because it had not attained the UN ratio of one-policeman-to-four-citizens ratio.

“One of the challenges facing the police force is that of personnel. We are just about 380,000 personnel. Even though we are the largest in Africa, we are not enough.

“If we are to follow the UN ratio of 1: 4 of police-to-citizens of the country, the Nigeria police force would be put at almost 700, 000; so, we are still operating below the UN ratio.

“Last year, we recruited 10,000 police officers, but it is not enough. So, in my own calculations, we are to recruit at least 30, 000 police officers annually in the next five years before we can get close to 700,000.

“These are areas we want addressed by the present government and definitely we will get there so that we can recruit 30,000 Nigerians every year into the police force,’’

Idris explained that the deficit in the number of policemen in the country arose between 2010 and 2016 when there was no recruitment of rank and file officers, adding that the force was working on addressing the gaps to ensure that it could secure the nation effectively.

The police boss added that a major challenge of the force was funding, saying that the police could do better with proper funding, “not the envelope budget it currently gets”.

He said that the situation informed the desire of the force to seek an Act to establish the Nigeria Police Reform Trust Fund to provide for the training and retraining of personnel, adding that the fund would also equip the police, improve their welfare, among others, adding that there would be public hearing on the Bill on July 11.

Idris reiterated commitment of the police to curbing crimes, especially during elections. He said that some police officers and Independent National Electoral Commission (INEC) staff had been arrested over allegations of electoral malpractice, adding that some had been taken to court.

He said that the suspects arrested in connection with the death of two policemen in during the repeat elections in Rivers in 2016, were also undergoing prosecution.

Idris pointed out that prosecuting them was to “make a point that things should not be allowed to go as usual and to serve as a deterrent to others that election is not do-or-die affair’’.

“Henceforth, every election would be done in accordance with the rules and the force would ensure proper policing of elections, and ensure that all participants obey and operate within the law.’’