The management of Nigerian Defence Academy (NDA) has published the list of successful candidates in for the 70th Regular Course Admission of the Academy.

The candidates whose names appear in the attached pdf document were successful at the Nigerian Defence Academy Screening Test held on Saturday 19th May, 2018. They are to appear for interview before the Armed Forces Selection Board (AFSB) from Saturday 23rd June – 6th August 2018 at the Nigerian Defence Academy RIBADU Campus, Kaduna. Candidates will appear before the AFSB in 2 Batches as follows:

Requirements
Candidates MUST bring along the original and 2 photocopies each of the following documents:
JAMB UTME Result Slip 2018.
Acknowledgement Form and NDA Examination Admission Card.
Academic Certificates / Statements of Result and Testimonials for Primary and Secondary Schools (Junior and Senior).
Birth Certificate or Declaration of Age, preferably Birth Certificate.
Letter of Attestation of State/Local Government Indigeneship duly signed by the SSG or Chairman of Local Government, as the case may be. Certification obtained from a military officer from the candidate’s state of origin, who must be of the rank of Lieutenant Colonel and above or equivalent in the Nigerian Navy and Nigerian Air Force, may be used in place of Local Government Indigeneship Certificate. In this case, the officer must indicate his formation/unit, appointment, contact address, phone numbers and e-mail address. The officer must also affix formation/unit stamp and sign.
Letter of Consent from Parent/Guardian.
Candidates are to download both the “Attestation and Letter of Consent Forms” from the NDA applications portal/NDA website (www.ndaapplications.net/ , www.nda.edu.ng) and complete same. Candidates who fail to bring along the documents listed above will be disqualified. Any alterations on the documents will attract outright disqualification.

Other Requirements :
Candidates are to also bring along the following items:
Writing materials.
Three blue shorts and 3 white (round-neck) T-shirts.
A pair of white canvas shoes and 3 pairs of white socks.
Toiletries.
Non-refundable fee of N2, 500.00 each for verification/confirmation of results at WAEC/NECO.
Scratch cards for WAEC and/or NECO results for online confirmation of result.
Four recent coloured passport photographs.
The second copy of “Postcard Photograph” that was presented and endorsed at the Exam Centre during the NDA Screening Test.
Transport money to and from Kaduna.

Note
Candidates who fail to report by “Saturday 23rd June, 2018” and “Saturday 14th July, 2018” for Batches 1 and 2 respectively, will not be allowed to attend the interview. Any candidate in Batch 2 who is seen around the NDA premises before “14th July 2018”, will be disqualified.
All candidates will be accommodated and fed throughout the duration of their stay for the AFSB.
All candidates will undergo a screening exercise which will involve certificates/credentials screening, medical and physical fitness tests amongst others. Only candidates who pass the screening exercise will qualify to continue with the interview.
Thus, any candidate that fails at any stage of the screening (documents verification and medical screening) will be asked to leave the NDA premises.
Candidates who are coming to Kaduna for the first time should log on to NDA website for brief description of how to locate the venue of the AFSB. 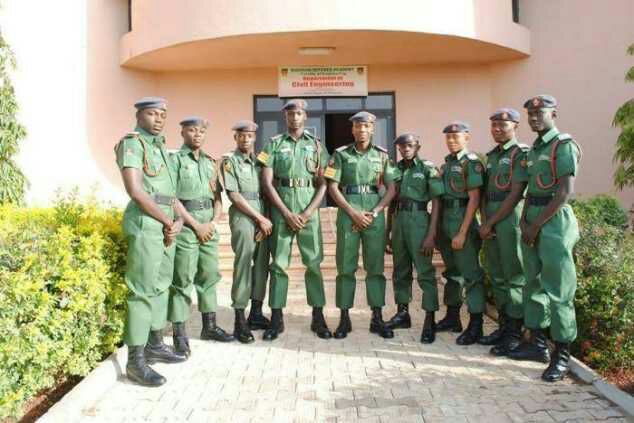