The official holiday may have been a few days ago, but these three are obviously abiding by the old Nate Dogg adage. Three w**d Rap Kings unite for “420 (Blaze Up).” 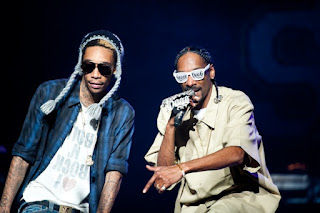 In fact, you won’t find three more seasoned sm*kers than Snoop Dogg, Wiz Khalifa, and Devin The Dude. The kushed-out trio appears on a new track entitled “420 (Blaze Up).” The song is an ode to the ritual of blazing and everything it represents.

The Snoop-led collab is taken from the newly released soundtrack to the new DJ Pooh-directed film Grow House, which stars De’Ray Davis, Lil Duval, and Snoop himself.