A CRITICAL ANALYSIS OF SAVIOUR UKPASKI’S MUSIC – THE LITERARY MOVEMENT. BY LUMEN CHRISTI.

Writers and the literati have over time put up a good fight for societal change. Their works are inarguably remembered at every point in man’s existence. However Saviour Ukpaski, a spoken word poet and a singer has taken it upon himself to make an interesting collage of writers and some of their works in a rap music. 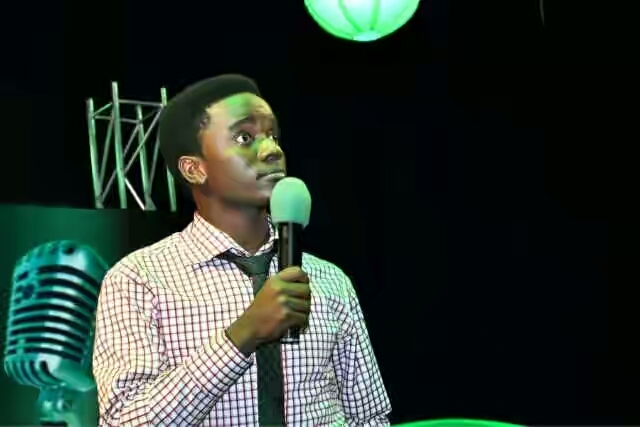 The rap music employs a rhyme and rhythmic pattern that leaves you nothing but stunned. Blown. Here, with the rhythm of the music, Saviour tries to erase any line between music and literature by constantly acknowledging the works of notable writers- African and beyond.

The music opens with an incredible beat that makes it almost impossible to listen and not flow along side the music. With an introduction that dedicates it to “every literary legend…”, Saviour shows the audience what to expect in the later verses and chorus of the music.

Saviour introduces a music with three verses and choruses that open up by acknowledging a set of writers and their works with respect to their effects on societal change, in no chronological manner, but having common references- “…All these people, are my inspiration… I’m set to grow cos I’m the seed of the generation”.

In the first verse, Saviour referred to the title of Buchi Emecheta’s Joy Of Motherhood, when he hinted the circumstances of his own birth “…was once the still born, now I’m the joy of motherhood…”. He also moved further to point out bravery and the ability to hold the centre when everything falls; traits he and every writer, or everyone who is a lover of literature should possess – hence mentioning Okonkwo, a character in Achebe’s Things Fall Apart.

The following chorus mentioned Shakespeare, William Wordsworth T.S Elliott, Buchi Emecheta, Christopher Okigbo and others who he acknowledged as his inspiration, while letting his audience know that he has more literary growth coming from/for him and his generation of the literati.

In the second verse, he didn’t deviate from mentioning the effort of African and non African writers towards effecting societal change. While he mentioned that justice is the major thing lacking in our society, he called it a “thing around the neck”. He also cited works that dealt with corrupt practices of the modern society, hinted the civil war and left the audience a reason to reflect on the change so far “… If you heard about the Civil War, I guess you know the rest”.

The following chorus mentioned George Orwell, Chinua Achebe, Maria Ma Ba, Chimamanda Ngozi Adichie, Athol Fugard, David Diop, Kebena Aqua and Wendy Cope, and as usual ending it all with the the confirmation that the above writers are his inspiration.

The final verse acknowledged that Shakespeare is a legend, hence telling his audience that he is a big fan of the Shakespearean works. He further points the beauty of other works by other writers such as: Chimamanda Adichie- Purple Hibiscus, Achebe’s Arrow Of God, Pokuwa, and several others.

Finally, Saviour tells his audience that, despite how much he admires the works of these writers, he is still himself, Saviour Ukpaski, a poet, an MC, and a comedian. He further tells the audience that there is hope still hanging around for the world’s literary movement – “… the beautiful ones are not yet born…”.