Lana Del Rey “felt compelled to visit an old favorite place of mine at the rim of the world highway where I took a moment to sit down by the sequoia grove and write a little song.” After previewing it a capella on Instagram, she’s now shared the studio version of the song, which she’s dubbed, “Coachella—Woodstock in My Mind” cinematic affair – packed with vivid imagery of her imagination being sent back while enjoying the music and crowds of the California desert. 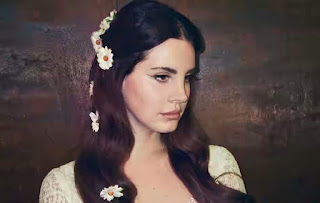 Lana Del Rey has released a new song, “Coachella – Woodstock In My Mind” which was released as a single on late Sunday night. Lana Del Rey’s most recent release was the title track for her upcoming Album Lust For Life, which featured The Weeknd,Backed by subtle R&B beats, the track is Del Rey’s signature, brooding pop-noir approach before blooming into a much more three-dimensional.