Kid Ink just released his new project ‘7 Series’ and I guess he’s not done releasing music, because he just dropped a new track entitled “Now It’s Personal.” Well look what we have here. Just when you thought Kid Ink was done for a minute following the release of last week’s 7 Series EP, which featured 2 Chainz, Ty $ & Starrah, the Alumni Gang rapper decides to come out of nowhere today and treat fans to another new record called “Now It’s Personal.” 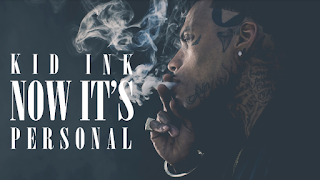 It’s unclear at the moment if this a leftover from the 7 Series recording “Now It’s Personal.” sessions or something entirely new, especially considering he starts out the song with “thought it was over but I’m back again,” but who cares we’re all for it either way. Shit’s pretty fire.