CityTrend – Falcons and GoldLink have been intertwined for years now. The LA producer has worked with GoldLink for years now, producing songs like “Vroom” and “Aquafina,” even remixing the DMV rapper’s Masego collaboration, “Late Night.” 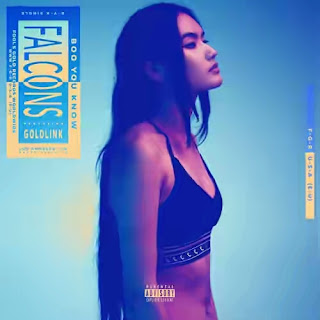 The pair team up again on Falcons’ new song, “Boo You Know” — an energetic song about managing a relationship in the technology-driven world of 2017. “’Boo You Know’ is a song about keeping healthy relationships with your significant other(s) while you’re on the road doing shows, trying to remain sane through a smartphone. 21st-century problems,” Falcons told HypeBeast, who premiered the single. “GoldLink and I started this track on tour last March. When he sent me back the final verses he literally nailed the exact concept I had in mind for the track, thats why we work together so often, I guess.”