B.o.B has dropped a lot of music prior to this release, but did not gain much traction outside his core fanbase. His last Album Underground Luxury released via Atlantic Records in 2013 was under appreciated. On Ether, Bobby Ray has enlisted some guest appearances including Young Thug (on ‘Xantastic‘), Usher, Young Dro, CeeLo Green, Big K.R.I.T., T.I. and Ty Dolla Sign. 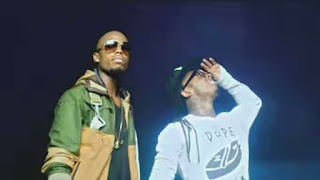 One of the standout songs on the album however, is the Lil Wayne featured ‘E.T.’ which you can stream below. B.o.B is in a relentless mood on the song, rapping about how he has stopped caring about the haters, while Weezy comes through with a stellar guest verse. Him not using auto-tuneis an icing on the cake.