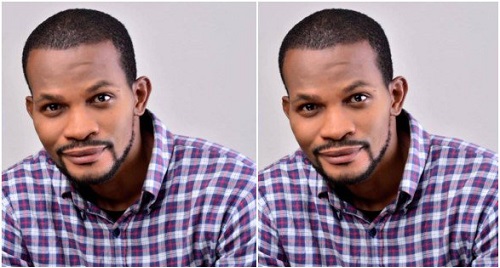 Instagram actor who loves to boast of his acting skills that no one seems to have seen Mr Uche Maduagwu has been in a state if euphoria since the news of actress Mercy Aigbe’s marriage crisis hit the internet.
Uche Maduagwu who ‘prophesized’  recently in one of his random ‘annoying’ posts that a celebrity marriage is at the verge of crashing gloated when he heard the news of Mercy and her hubby an indication that he was right after all.
Maduagwu freely said ‘I told you so’ and did not stop there but went ahead to say another marriage will crash next month. His audacity and the fact that he has shown great joy and willingness to gloat over another man’s sorrow has greatly annoyed a lot of Nigerians and he’s been labelled a prophet of doom who will also be doomed soon.
Although Uche Maduagwu did not mention any names when he made his statements weeks ago, he has taken responsibility already, saying this was what he meant when he said a celebrity marriage was about to crash.