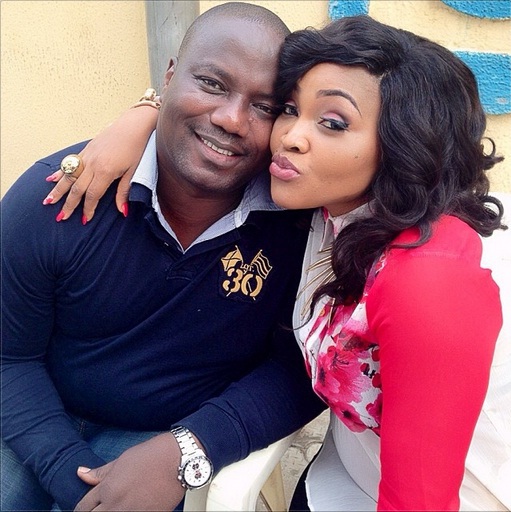 Lanre Gentry, the estranged husband of Nollywood actress, Mercy Aigbe, has denied the domestic violenceaccusation levelled against him after the photos of the battered face of his wife Mercy Aigbe surfaced.
The hotelier, who yesterday posted a note asking followers to “say no to promiscous and irresponsible women”, has tenaciously denied the claim.
Though, he took down his old post and shared the photo of him and his wife saying, “I love my wife,, in an exchange with a follower, he said he never assaulted his wife.