Logic is fresh off the release of his highly anticipated Everybody album, and recently connected with GENIUS to break down its lyrical content. 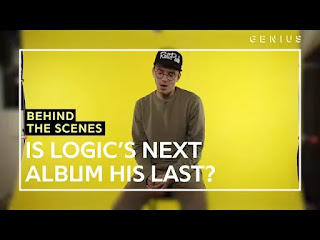 With the exception of “Waiting Room,” Logic spoke about his various perspectives while writing the project, feeling as though he embodies the thoughts of all humans, wanting to be a voice for those who don’t have one, trying to make an impact with his music, and more.

The Maryland rapper also discussed plans to take a step away from hip hop so he can start a family, and said that his next project will be for fun, but will likely be his last.

Watch Logic decode his Everybody album below and download your copy on iTunes now.

Watch Video => Logic Breaks Down The Lyrics For “Everybody” Album