Mbongiseni “Hitman Ceo” Dludlu was born on the 24th February 1991 in Daggakraal (Mpumalanga) and raised in the most notorious township of Diepsloot (North of Johannesburg) where unemployment, alcoholism, single parenting and high rate of drug abuse are a norm, this young prolific rap star has a radical and revolutionary twist to his rap rhetoric that is bound to shift paradigms in the genre of hip hop. 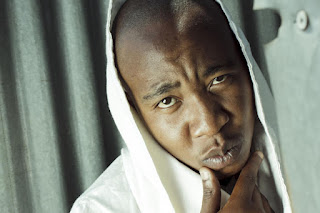 I was 8 years old and my late uncle, my mother’s older brother introduced me to music. He was an avid kwaito music fan, he introduced me to his favourites which were the likes of Zola, Mzambiya, Msawawa.. he was determined to create a child star out of his nephew. My 1st performance was at the age of 9, in my township of Diepsloot, at a local talent search competition. It was a kwaito song written by the same uncle. I had placed so much effort into my performance that when i reached the finals and did not win, i was disappointed. I left the place determined to work harder to someday land at the top of the charts. I practiced and performed kwaito until i was in high school which is when i was introduced to my current genre of hip hop. Skwata Camp is one notable group that led me to fall in love with hip hop.. Umoya came out in my grade 8th year. I was sold. Mr Salvin was also an encounter with Hip Hop that solidified my love for the genre.

I believe in telling the truth and in telling it like it is… and reading a lot of books has led me to a place where i can express myself in Hip Hop in a many ways, shapes and form. My music seeks to depict a picture of the culmination of my everyday experiences. My 1st song to be plsylisted is one that i wrote got playlisted on YFM, Hip Hop Top 9 at 9 and formidably remained on the charts for 6 weeks with the likes of AKA, ReasonHD, Kuli Chana amongst other rap superstars. The same song “Hussle” i shot a music video for and it got aired on Channel O. The song talks about the “hussle”, with lyrics that were aimed at inspiring both myself and my friends, even the friends i don’t who will get to know me through my music.

The lyrics were translated into English “I push the hussle, I push the hussle everyday, i push the grind, i push the grind everyday”. This song was a reflection of my experiences of the everyday hussle as a young aspirant music superstar growing up in the poverty stricken and notoriously crime ridden township of Diepsloot. I am inspired by my surroundings, my experiences and by my reading. I harbour multiple perspectives by virtue of being a connoisseur of life because i learn and draw inspiration from all things.

I got involved in community work and through this involvement i got selected as a young active citizen and leader to travel to places like Durban, Cape Town and abroad, countries like the UK, Australia and the Netherlands. This was a unique opportunity to expose my music and talent to audiences near and far. I performed my mixtape, 2nd mixtape, titled business is business. It talked about the passion that goes into the art of music and how the produce aught to be treated with respect and met with fair pay and play.

Young Active Citizens from all around the world. Young people who are in their “Make It Happen” stage and refuse to sit back and let life walk away with their dreams. Young people starting and growing businesses, young people authentically self determining in their art spaces and refuse to compromise their networth , young people who are studying and graduating beyond the curriculum of this world. These are all my friends, people who can relate to the “Hussle” in the true sense of the word. My one friend was a jolly good fella who was well versed in the art of music.

He listened to many genres and was the golden thread that brought my music together. He was my 1st producer and i had high hopes of making it all the way with him by my side, he passed away in 2015 and left a void in my life but nonetheless he had taught me so much about the “hussle” and about life. I live and “Hussle” everyday in his memory and i believe he is amongst the cloud of witnesses cheering for me from a place afar.

I have been at the music game since 2013 and i have laboured to remain authentic to my own vision. I have worked with Ghetto Ruff/MuthaLand, Thumaka music led by JoviSlash and signed with the likes of DJ Zane Maya from YFM and Lin Dough. I have shared stages with the likes of Nathi, Black Coffee, Vusi Nova, DJ City Lyts, Sjava, and many others. I have made an appearance on TV wish shows such as Fanbase (SABC 1) and Shiniz(etv). I was artist of the week on YoMzansi and was featured on Daily sun, a national publication as one of the young up and coming artists to watch. I also did a Hip Hop show on a called “Where Is The Beef” on dstv channel 265, featured on DJ Speedsta’s YFM show called “Hip Hop Floor” with an enchanted live performance and preview of one of my single “Uthanda Ka Njani”. I have performed and hope to again work with artists such as Gigi Lamayne and Nadia Nakai at Wheelz & Smoke. I was also featured on News 24’s online platform with an article about my Come-Up and my struggles with narcotics. My music video remains at large News 24 youtube channel. 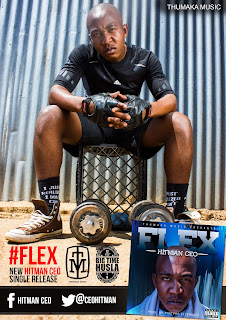 I dropped my 3rd mixtape in june of 2016 titled MOAT meaning Millie of a tape, the aim is to sell 13000 copies and make a million in sales. The mixtape is available on order and the sales detail is on the music streaming platforms, with 200 copies sold so far, we are still determined to leech the publicity of the mixtape with some of the latest singles to soon drop. The mixtape will be repackaged with all its 11 tracks to suit the palate of the times, however, 6 new songs will be added thereon. These new tracks will feature artist Siya Shezi. These songs include one track “Mama” which chronicles the grateful narrative perspective of a son to his beloved late mother amongst other songs.