Kogi State Governor, Yahaya Bello, has ordered the immediate proscription of the Academic staff union of Universities (ASUU) from the State University (KSU) Anyigba.
This is coming after several failed attempts by the State Government to get the unpaid members of the academic staff union in the university to suspend their ongoing strike.
Governor Bello, on Wednesday, said the decision was the fallout of an emergency meeting by the State Executive Council in Lokoja, the state capital.
He said ASUU’s ban in the university became indispensable as members of academic union in the institution refused to get back to work pending when the state government becomes buoyant enough to pay their salaries.
Meanwhile, the Federal Government on Tuesday released the sum of N388.304 billion to state governments as the second tranche of the Paris Club refund. Kogi was said to have received a total of N6.03 billion. 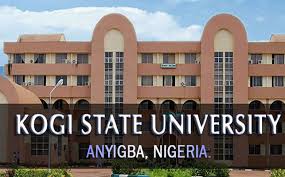