SA rallies against high data costs with #SocialMediaBlackout. Johannesburg – South African social media users are set to boycott using data services on Wednesday, after a call to action on Twitter, with the #SocialMediaBlackout campaign trending on Tuesday. 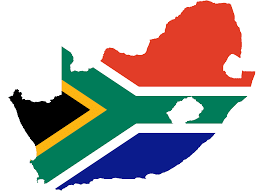 South African poet and musician, Ntsiki Mazwai asked her over 80 000 Twitter followers to boycott social networks like Facebook and Twitter, in efforts to raise awareness of the high costs of data in the country.

“I will not be on social media on Wednesday 21 June because #DataMustFall and it is long overdue we took action. Don’t buy data. Don’t login,” she tweeted on Tuesday morning.

The tweet started the hashtag #SocialMediaBlackout, which went on to become the top trend on social media.

The hashtag drew mixed reactions, with many users supporting the cause and vowing to stay offline on Wednesday. Others said that they could not stay off Twitter and Facebook.

Previously, political parties like the EFF joined calls for a dramatic decrease in data costs through the #DataMustFall social media campaign.

The petition was first initiated by radio personality TBo Touch, who wanted to hold mobile networks to account for the high cost of data in the country.

I think it high time Nigerians starts looking into the network providers.