The students of Federal University of Technology Akure, FUTA, Ondo State, raised an alarm yesterday over the infringement of their fundamental human rights by the Nigeria Police Force. The Concern for Human Rights (CHR) president, David Belele explained how officers in the state have been harassing the students, he further said the Nigeria police are terrorizing Nigerian youths.

While speaking, he explained his previous ordeal with a police officer who threatened to shoot him when he refused to bring out his phone for search.
He said ”The last time I checked the Police Act, Part 4, Section 28, it does not give a right for the police to search Nigerian citizens.” The spokesman, Ondo police command confirmed that they’ve received several complaint regarding this issue, he assured the students that investigation is going on by the Commissioner of Police.

He further said, any officer that is found guilty during the course of investigation will be strictly dealt with. 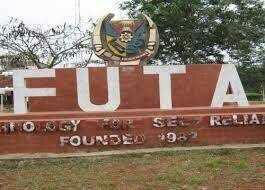