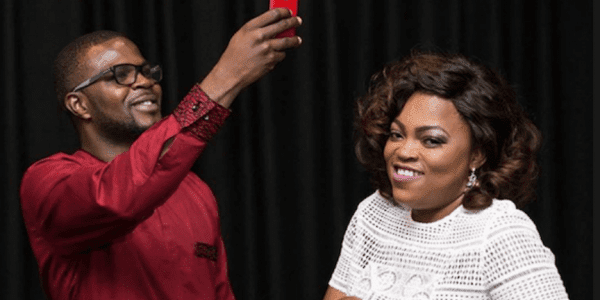 Days ago, Jenifa Diary actor, Toyosi reportedly left the productions after a misunderstanding with Funke and all fingers were pointing at you, what really happened?
I don’t know why Toyosi left and it has nothing to do with me. Just like any character in a TV series, she can go and return. The only permanent character in the series is Jenifa. Falz has gone and came back. In the script Toyosi is married and has gone to France with her husband to live for a while.
So, anything can happen. When she comes back, you’d see her on screen, if not, then that’s what the script said.
But it was also reported that Funke un-followed her on social media…..true?Well, I don’t know about that. I’m not 100 percent sure of that. I’ll have to check Instagram to find out about that.