Every year Forbes delivers their top five wealthiest artists in hip hop list, and now they are back with 2017’s highest earners. 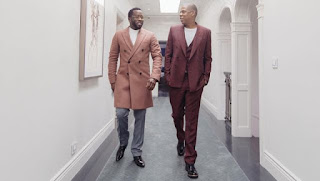 Coming in the top spot is Diddy with a whopping $820 million, closely followed by Jay Z who jumped one rank in the standings from last year thanks to a $200 million Sprint deal. Taking the third position is Dr. Dre who’s still enjoying the fruits of his Beats By Dre sale to Apple, with Birdman landing 4th at $110 million, and Drake in 5th earning $90 million.

Congratulations to all parties on their massive fortunes, and expect to see Jay Z hunting for that number one spot next year after signing a $200 million 10-year contract with Live Nation earlier this week, which was not included in the totals.

What do you think about these report? Drop your comment’s below.