The Ekiti State Chapter of the All Progressives Congress (APC) has announced the death of a former governorship candidate, Kole Ajayi.

51 year old Ajayi died on Friday May 18th while travelling to Lagos to attend a meeting of Ekiti State University (EKSU) Alumni Association. It was gathered that he gave up the ghost before he could be rushed toa nearby hospital where he was officially pronounced dead.He is survived by a wife, children and his mother. The deceased APC chieftain was National President of EKSU Alumni Association and a member of the Governing Council.

He was the Publisher of the now-rested Forum Newspaper. He was the candidate of Accord Party in the 2014 governorship election. Ajayi was the Alliance for Democracy (AD) House of Assembly candidate in 2003 for Ado-Ekiti Constituency 2.
He recently joined the APC and pasted posters of another governorship bid but he later withdrew from the race before the party commenced sale of nomination and expression of interest forms. After stepping down from the race, Ajayi declared support for the candidature of the Minister of Mines and Steel Development, Dr. Kayode Fayemi.  Ajayi was his ebullient self last Sunday at a party held to celebrate the primary election victory at Fayemi’s residence in Isan-Ekiti.

Reacting to Ajayi’s death on Saturday, APC Publicity Secretary, Chief Taiwo Olatunbosun, described his demise as shocking and unfortunate. Olatunbosun said: “The news of the sudden death of Barrister Kole Ajayi came as a rude shock and very devastating. It was least expected and a great loss not only to the APC family but Ekiti State and the nation at large. He was a prominent Ekiti son, he was actively involved in growth and development of EKSU as a former alumnus. He was resourceful man who gave up himself to develop people around him.

We pray that God will grant his family and Ekiti State the fortitude to bearthis great loss. This is an opportunity to speak about our health system. Government should do something that will enhance our health system and address issues and circumstances that led to his sudden death.” 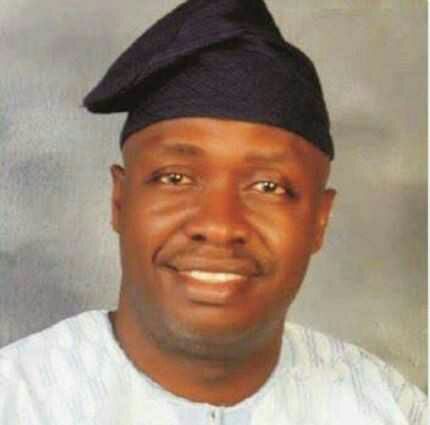