FOR a number of years now, Singapore has been recognised as having one of the best school systems in the world, topping the OECD’s 2015 global education rankings, coming top in the 2016 TIMSS report and claiming first place in the most recent PISA rankings. 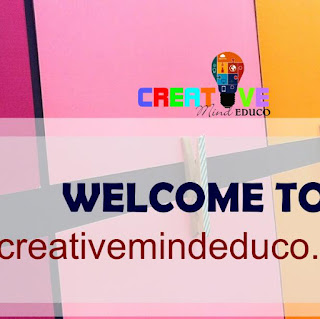 These reports, which indicate that graduates from Singaporean schools are years ahead of their western counterparts, provide sufficient evidence to declare Singapore a 21st Century education superpower.

And Singapore’s educational prowess is not confined to high schools; the National University Singapore has been the highest ranking university in Asia for the past two years, competing head-to-head with world-renowned institutions from England and the U.S.

What makes Singapore’s record all the more impressive, is that this progress has been achieved in just a matter of decades. When Singapore separated from the Federation of Malaya in 1965, the country’s per capita income was US$500, and the education system was segregated according to ethnicity and religion.

To tackle these inequalities, the country’s leaders promptly introduced a universal state-funded education system which promoted the ideals of meritocracy. Since then, education has remained at the forefront of Singapore’s vision for development and has been instrumental in the country’s per capita income growth, which has now reached US$55,000.

In the aftermaths of the 1997 Asian financial crisis, Singapore embarked on its most successful series of reforms, with the adoption of a new educational vision, ‘Thinking Schools, Learning Nation’, which emphasised innovation, creativity and lifelong learning.

Singapore’s Mastery Method proved so successful that it has increasingly been adopted elsewhere, becoming particularly popular in the U.S, Central elements to this approach include giving students ample time to focus on core mathematic principles through a range of problem-solving exercises which utilise visual and hands-on aids, and ensuring students become proficient at each step of their learning – they do not progress until they have thoroughly mastered each skill.

Alongside the successful implementation of modern pedagogies, Singapore has also benefited from investing in the development of proficient educators. This has been achieved by selecting teachers from the top third of high school graduates and then providing them with intensive teacher training at the National Institute of Education (NIE). During a graduate’s first few years in the actual classroom, there remains a close working relationship with NIE to support the new teacher.

Another educational challenge which Singapore has been able to tackle successfully is reforming vocational training for the 21st Century economy.

Previously, societal prejudice towards vocational education had made many students reluctant to follow this line of education, considering it inferior to traditional university. Recognising the importance of quality vocational learning, the Institute for Technical Education (ITE) revamped the country’s vocational curricula and developed new courses with a greater focus on advanced skills. Vocational education was rebranded as ‘hands-on, minds-on, hearts-on’ applied learning and the sector is now recognised as a legitimate career path which learners can be proud of.