Students of Benue State Universitry, Markurdi yesterday in their hundreds took to the streets to protest the recent increment of fees by the management of the university. The protesting students at the early hours of yesterday, barricaded the main entrance of the institution, chased away the security personnel manning the institution’s gates and took over the Makurdi-Gboko road.

According to him, “how can the management of the university carryon as if they are not aware of the economic situation in the state and country, with the new policy the least fee payable in the school is N92,000 as against the former N56,000. Their action is the height of insensitivity.”
He said. However, reacting to this, the Acting Registrar, Mrs. Catherine Bur blamed the protest on those she described as miscreants and not students of the school. 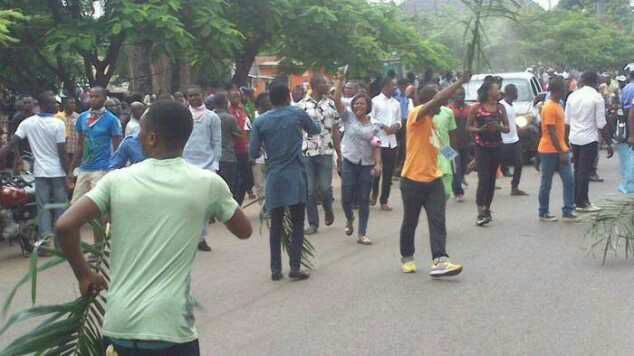