Diehard fans, music nerds and critics love lists. But in rap, rankings like this take on a special level of import: aside from moving a crowd (shouts to Rakim), MC means proving you’re the best. In no other genre do artists so blatantly express their desire to outdo competition. That made Billboard‘s editorial list a more high-stakes undertaking than usual. Many favorites — Kane, Drake, KRS — didn’t make it, and each of those omissions hurts deep down. Note: we’re ranking these folks as MCs, not artists. 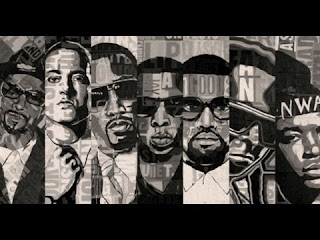 That’s why Dr. Dre and Kanye West, for example, two legendary producer-rappers who don’t match the mic skills of those listed here, were left out. Even Tupac, perhaps the most influential rapper ever globally, is arguably known more for great songwriting than dominant bars.

10. Lil Wayne : Lil Wayne’s commercial success speaks for itself — just ask Elvis, whom Weezy surpassed three years ago as the artist with the most Billboard H0t 100 hits of all time. But leaving that aside, his dizzying run of mixtapes, albums and guest spots from around 2004 to 2009 is arguably the most prolific example of quality meets quantity hip-hop has ever seen. No MC has ever rapped that well, on that many songs, for that long of a time period.

9. Kendrick Lamar : Unlike many of the 1980s legends, the greatest rappers of the ’90s — from Jay Z to Andre 3000 — maintained relevance into the next decade and the one after. One reason why is that despite the genre’s ever-shifting sounds, rapping didn’t change much as a craft since the end of the golden era; the techniques were largely the same, just over different beats. Until Kendrick Lamar came along. From triple and quadruple-time rhythms, his layered adlibs, and his multiple-personality voices, the Compton rapper is arguably the greatest rap craftsman to emerge this millennium, but his lyrical content never suffered. His last three albums —Section.80, Good Kid Madd City and To Pimp a Butterfly — are three of rap’s most vivid and topical.

8. Ghostface Killah : Wu-Tang Clan established itself as one of the toughest, culture-moving crews in hip-hop in the 1990s, with each member bringing a different vibe to RZA’s dusty sonic template. Ghostface Killah stood out among them as the most lyrically dexterous, his rhymes coded in slang and threaded together like a completed needlepoint. It was on his solo records where he was at his most comfortable, playing with rhyme schemes like a pro to craft some of the past two decades’ best rap releases.

7. Lauryn Hill : As one of the most versatile musicians in hip-hop, Lauryn Hill buoyed her group The Fugees in the ‘90s with professor-level raps and velveteen vocals. It was with her 1998 debut, The Miseducation of Lauryn Hill, though, that she became fully realized, boiling down a bad breakup into a project equal parts grit and vulnerability. Her ability to hit a ferocious nerve (“Lost Ones”) and then transition right into a gushy ballad (“Ex Factor”) was just one mark of her artistic genius on the project, something that few have matched on record since.

6. Andre 3000 : As the better half — no offense to the also awesome Big Boi — of Outkast, Andre 3000 was the limber anchor behind the group’s impeccable five-album run, one unmatched by any other hip-hop act in terms of quality, success and innovation. Of course, that last album, Speakerbox*x/The Love Below, was really two solo sets, and Andre’s half was arguably one of the most influential of the 21st century, showing subsequent stars like Drake, Lil Wayne and Kanye that you could be an eccentric emo crooner and one of hip-hop’s elite at the same time.

5. Nas : Before Nas’ debut album, 1994’s seminal Illmatic, early hype had critics and fans calling him the second coming — of Rakim, not Jesus, but still. 20 years later, Illmatic is widely seen as the best hip-hop album ever, a flawless blend of vivid street poetry and dream-team producers — and sets like Stillmatic and It Was Written are excellent in their own right. Even Nas’ B-sides compilation, The Lost Tapes, is better than most MCs’ albums. Need more proof Nas belongs here? He defeated none other than Jay Z in the best rap war of all time, with perhaps the most scathing diss track of all time, “Ether.”

4. Rakim : The dividing line between old-school and new-school isn’t a year, it’s a person: Rakim. His 1987 debut with Eric B, Paid in Full, was a quantum leap in terms of mic techniques, from its complex internal rhyme schemes to his soft-spoken delivery. The street-conscious tightrope he walked in his lyrics — criminal, intellectual, everyman, god, all at the same time — set a blueprint that rappers from Nas to Kendrick Lamar still follow today.

3. Eminem : Shock rap usually stays relegated to the underground, where rappers like Ill Bill and Necro have flourished. But Eminem is one of the few who broke through to the mainstream, thanks to censor-stoking rhymes about rape, murder and drug abuse delivered in a tongue-twisting, thought-provoking way. It could all be considered attention-grabbing for the sake of maintaining a fruitful career — if it weren’t so technically impressive.

2. Jay Z : Jay Z’s nimble flow used to be a lot less relaxed, as evidenced by the rapid delivery on his 1996 debut Reasonable Doubt. But nearly every year since, the Brooklyn rapper developed his craft, improving with each album by tightening his flows and developing his wordplay. Since then, he’s developed a remarkable discography with rhymes that continuously wow, delivering several classics along the way.

1. Notorious B.I.G : Death at a young age can often elevate a rapper from modern-day star to bona fide legend. But Notorious B.I.G. already attained the latter status early on his career. His storytelling rhymes mined straight from his experiences in the Brooklyn streets materialized on 1994’s insta-classic Ready to Die, a wild mosaic of vividly visual rhymes delivered with the expertise of a linguistic master. By the time his group album with Junior M.A.F.I.A. dropped the following year, and his ambitious sopH0more double-disc album Life After Death bowed just six days after his passing in March 1997, he’d already earned his title as the greatest rapper of all time. Unlike everyone else on this list, Biggie never dropped a single bad song, or a single errant bar.