Aloe Vera is known to have many benefits for skin health, especially where healing from sunburn is considered. While there very few side effects that are not well known, the benefits of using Aloe Vera and its juice are absolutely amazing. 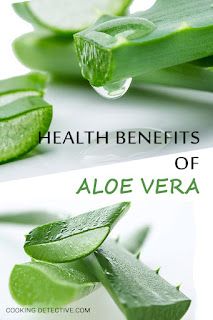 This article will look at the full scoop of the health benefits gained from Aloe Vera. What are these risks, and yet, why is Aloe Vera so helpful at the same time?

What Will You Learn From This Article

Here are a few things that you will learn from this article as to why Aloe Vera is so important for our health.

Aloe Vera is a staple for summertime and people who like to spend time in tanning beds, just in case of sunburn rears its painful redness. It can live in the fridge, or can be in some sort of to-go container.

It has so many other uses, though. It can be used for hair growth and immunity boosting, too.

This green plant may look a little strange, but it is actually quite useful for many diet options. People really need to make better use of this plant to reap the full benefits it offers.

The great part of this situation is that, thanks to more recent studies revolving around Aloe Vera, more companies are turning to this plant as far as including it in their products.

Therefore, the Aloe Vera business has skyrocketed to a multi-million dollar industry.

After all, as Christopher Columbus is quoted as writing that, “Four vegetables are indispensable in the well-being of man: Wheat, the grape, the olive, and aloe.

The first nourishes him, the second raises his spirit, the third brings him harmony, and the fourth cures him.” This advice cannot be ignored as the fourth item on this list his hallmarked as a healing plant across many cultures and through many time lines.

WHAT IS ALOE VERA?

Aloe Vera is sometimes described as a “wonder plant” because of the nutrients it contains. It is part of the shrub family. In fact, Aloe itself refers to more than 500 different plants, and most of them grow naturally in the northern parts of Africa. Aloe Vera is rather succulent, erect, and forms in the shape of a dense rosette.

It contains a gel in its leaves, which is where all of the nutrients it contains come from.

Both the Ancient Chinese and Egyptians used Aloe Vera to treat burns, wounds, and to reduce fevers. The Egyptians would draw pictures of Aloe Vera plants on the walls of their temples. It easily became known as the immortality plant, and it was a religious symbol many times throughout Egyptian history.

As a matter of fact, there is a legend between Alexander the Great and Aloe Vera that is very well-known.

Going on the advice of Aristotle, Alexander traveled to Socotra off the coast of Africa to obtain supplies of Aloe Vera in order to treat wounded soldiers during combat.

At the same time, there are stories of Cleopatra using it as a vital part of her daily skin treatments. On the other hand, the Chinese Materia Medicas claimed during the 7th century that Aloe Vera can be used for sinusitis.

When the Crusades traveled across Europe, Aloe Vera became part of a palm wine. Aloe pulp and hemp were added to this wine. Soon enough, it became known as “The Elixir of Jerusalem.”

European explorers were surprised to find types of aloe plants Central and South America, too. It was considered to be a healing plant in this location, too. They were able to bring Aloe Vera back to the New World quite easily.

These explorers passed this plant around their journeys to Central America, the West Indies, California, Florida, and Texas.

Spanish Missions also have recorded incidents of padres carrying Aloe Vera with them for up to 50 miles in order to treat the sick.

Therefore, many missionaries grew this plant in their gardens to make sure plenty of it was on hand as often as possible.

In more recent history, the Japanese used aloe gel in 1944 after the “A” bomb dropped twice on their lands to help with healing from wounds garnered from the bombs’ effects.

Today, Aloe Vera is grown for commercial purposes, mostly for the cosmetic and health industries due to the moisturizing benefits from the gel contained in the leaves. It is also one of the most widely studied plants in the world because of these benefits.

Therefore, our natural instinct to use it for these reasons comes from an innate place in our minds that is almost naturally ingrained into our psyche.

Unfortunately, Aloe Vera fell out of popularity for some time, but that is beginning to change as research returns to focus on its benefits.